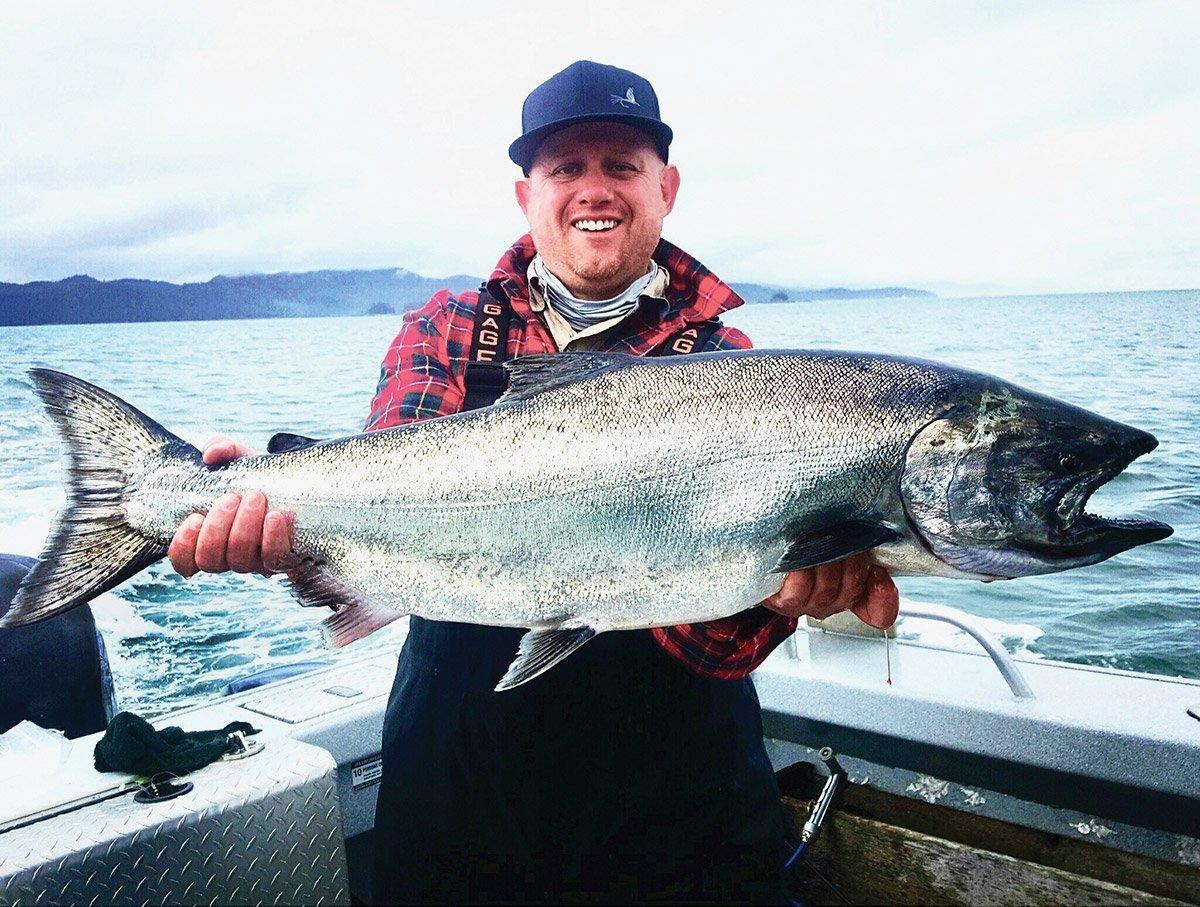 Color & Markings:
Black irregular spots on their back, dorsal fins, and both lobes of the tail fin.

Black gums and black mouth under the tongue.

Rearing:
In Alaska, King salmon eggs generally hatch in the late winter or early spring. After emerging from the gravel, the fry divide into two groups, ocean-type and stream-type (most common in Alaska). Ocean-type fry undergo smoltification and migrate to the ocean. Stream-type fry remain in the freshwater for one full year before undergoing smoltification and heading for the ocean.

Maturation:
King salmon will spend anywhere from 1 to 6 years feeding in the ocean. Because they may become sexually mature anywhere between 2 and 7 years old, the size of the spawning fish can vary greatly. A sexually mature 2-year-old fish will likely weigh less than 4lbs, but a 7-year-old mature fish can easily weigh more than 50lbs!

King salmon return to the freshwater river where they were spawned between May and July. Each river usually has only one run of King salmon.

As with all Pacific Salmon, Kings spawn once and then die.

Fresh-water lakes, streams and their estuaries are the spawning and rearing grounds for King salmon.

In the ocean, juvenile fish are found where the bait fish are, generally between 30 and 60 feet deep.

Mature fish run along the shoreline both of the ocean and the river as they “smell” their way back to their natal waters.

In North America from the Chukchi Sea (between Alaska and Russia above the Bering Strait) south to Monterey Bay, California. 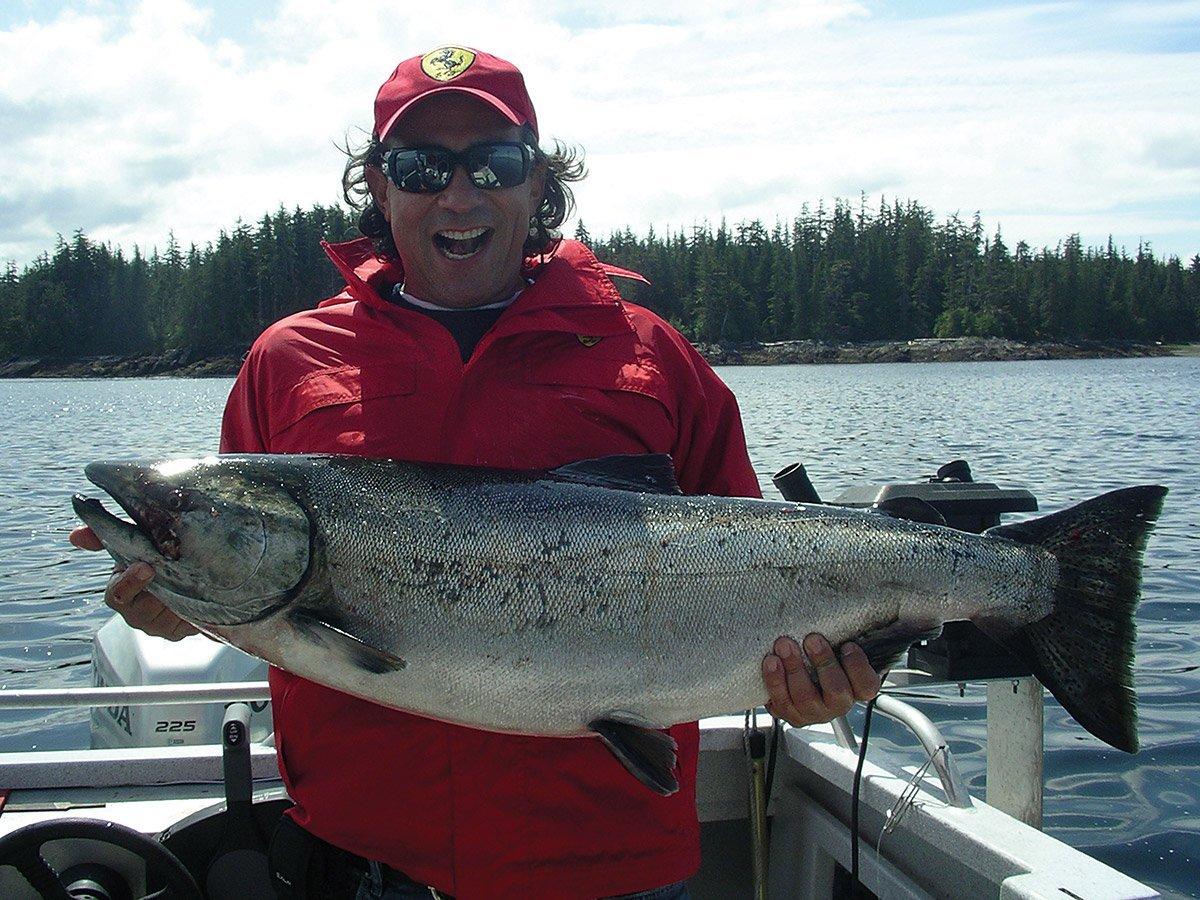 Tackle:
Saltwater Trolling:
Rod: An 8-9ft, 12-25lb rod with a bait caster reel. The ideal rod has a good back bone a flexible tip. This makes it strong enough to land a big fish in a reasonable amount of time, while still letting you feel the fish, and enjoy a good fight.

River Fishing from the Bank:
Spinning Rod: An 8-9ft, 12-25lb and a reel with a good drag system. Some people prefer bait casters, but they take a little more skill to cast.

Types of terminal tackle: Eggs (where legal), Spoons, Imitation Egg patterns (yarn), sometimes a bobber with eggs or herring, depending on the place and current

River Fishing from a Boat:
Types of terminal tackle:

There are no spawning populations of Kings on Prince of Wales Island. All King fishing at Boardwalk Lodge is done by saltwater trolling around the bays, inlets, and sometimes open ocean around the island.

NOTE: Salmon fishing trips at Alaska’s Boardwalk Lodge are all-inclusive. We provide all the necessary gear, tackle, bait, licenses, stamps and tags required for your fully-guided sport-fishing adventure with us. Additionally, we stay up-to-date on all fishing regulations for our area including any daily emergency orders that may affect your fishing trip, so you don’t have to.

WARNING: In terms of regulations, Alaska is one of the most confusing places to fish. Bag limits, fishing techniques, and even bait/tackle regulations, for any given fish species (except halibut) can vary from location to location. Depending on the body of water, and what species you are fishing, regulations can even change from day to day. Always be sure to check the regulations for every day and every area you fish. You, the angler, are responsible for knowing and following all fishing regulations including any daily changes released as emergency orders. You can find the emergency orders for Prince of Wales Island here. And for the rest of Alaska, you can select your region on this map.